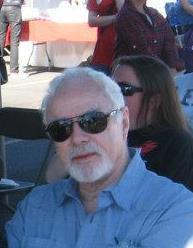 First, some hot damn reviews to show that I can, sort of, write an entertaining novel, followed by the usual biographical hoo ha.

"Hoyt knows the political intricacies of the drug trade and its roots in Central America. He knows Miami, down to the…warm night breezes. He also knows how to construct a thriller. Marimba is a wild ride into Carl Hiassen territory, dark and nasty, with a dose of…casual evil added to the mix… Expert storytelling." George Pelecanos, Washington Post Book World

"A full-fledged member of the Wambaugh/Leonard/Westlake school of crime. Hoyt is a delight to discover and a treat to read." Library Journal

"Trotsky's Run is stunner–superbly written, brilliantly plotted… A potent package. Put this book at the top of your list." The New York Times

"…skillful, intelligent light reading. It's a clever, sophisticated, and witty send-up of just about everything worth sending up these days…" Jonathan Yardley in the Washington Post Book World.'

"This is a book that defies any category, but it is brilliant, sensitive, and altogether unusual. Does for espionage and terrorism what Joseph Heller's Catch 22 did for war." The New York Times

"This stratospheric tale is ribald entertainment on the grand scale." Publisher's Weekly

"Cultural shock measuring 9.5 on the Richter scale… A searing, fast-moving, sophisticated book, full of action and social comment. Very well written and will hold your attention from the start." The New York Times

"Snappy, fast-paced…James Burlane is slick, tough and lethal…Hoyt is an adroit and zestful writer." Minneapolis Star-Tribune

"You need prodigious energy, a wild streak and a madcap sense of the zany to write a comic adventure story that transcends such funereal publicizing words as prodigious, wild, madcap, and zany." Richard Eder, editor of the Los Angeles Times Book Review.

"Darwin's Secret—and what a stunning trip it is—is the best trip I've ever taken up the Amazon, Ross Thomas, Washington Post Book World.

"When was the last time you read a novel about a detective's search for the legendary creature known as Bigfoot? Hoyt's characters range from slightly off-center to full-tilt bizarre, with the Northwest setting serving as a welcome change from the usual mean streets…One expects to enjoy real cliffhangers in a setting such as this, and Hoyt delivers. Mostly Murder

"This story is told in pellucid English, illuminated with clever poems, and garnished with a wealth of Indian lore. The reader in search of a novel that is really novel look no further." Rapport

"Simple in concept but complex in execution, simultaneously violent and graceful…Hoyt has a clean, clear style and is adept at mixing the mundane and the insane…fine writing…" Mystery News.

"A fine book…Hoyt has a fresh invigorating style that grabs the reader immediately…The author has even devised a method of murder never before used in the history of crime fiction." The New York Times

"This is a work of truly admirable originality. The satire is masterful. There is compassion too, and black humor, and the plot is laid out in all its intricacies by a master storyteller. I was reminded…of Aldous Huxley and Raymond Chandler, to whose talents Mr. Hoyt adds his own remarkable gifts. A splendid work then…a book to rejoice over." Leonard Wibberly, author of The Mouse That Roared.

"Richard Hoyt is an expert writer," The New York Times.

"His writing…is as good as it was on Decoys. This is really a grand job." The New York Times

"A neat job, up to the high standard previously established by Mr. Hoyt." New York Times

"Hoyt's offbeat characters are a treat, and his dialogue can be woodsy without lapsing into parody. He teeters on the brink of Hemingway-speal occasionally but keeps his plot rolling along. This is Northern Exposure in a sholder holster." Chicago Tribune

"Denson's independent, clear-headed, humorous, and compassionate spirit makes him a most sympathetic hero as he deals with Indians, loggers and conservationists alike."Library Journal

"Hoyt has a fresh, invigorating style that grabs the reader immediately. He is a master." The New York Times

"An accomplished writer of thrillers…pens a powerful novel that re-creates the chaotic scene in Vietnam during the pivotal year of 1968. Seattle Post-Intelligencer

"Full of delightful surprises and envelope-pushing forays to the edge of the detective form, this book is as welcome and unexpected as a week of sunshine smiling down on the Pacific Northwest coast. Booklist

In reviewing my novels reviewers have mentioned Thomas Pyncheon twice and a third time in a novel that I published under a pseudonym. Dunno what that says. The New York Times put three of my novels on its year's end list of notable books and Mystery Scene Magazine named Siege the best espionage novel of the year.

I started out farm boy who had a renovated chicken coop as a bedroom and had to sprint through winter wind and snow to an outhouse. No doubt the least likely in my high school class to succeed at anything, I was the first member of my extended family to go to college.

After two years at Columbia Basin College in Pasco, Washington, I graduated from the University of Oregon. I then served three years as a counterintelligence agent in the army. When I got out, I earned a master's degree in journalism from the University of Oregon, followed by a fellowship at the Washington Journalism Center where I served as a Washington correspondent for the Portland Oregonian (an internship). After that I was a reporter for the Honolulu Star-Bulletin, an afternoon daily, followed by the Honolulu Advertiser, a morning daily. I was a correspondent for Newsweek magazine while in Hawaii and earned a PhD in American studies from the University of Hawaii. I then taught four years the University of Maryland and six years at Lewis and Clark College in Portland. I resigned my slot as a tenured associate professor to write fiction for a living.

I have had 27 novels published, most of them John Denson mysteries and James Burlane thrillers, but including an historical romance, a novel of magical realism, and a science fiction title. I am widely published internationally including UK editions, and numerous novels translated into German, Dutch, Japanese, Italian and a French title in Gallimard's famous noir series. Mystery Scene Magazine awarded my novel Siege the American Mystery Award for best novel of espionage.

I lived and worked for periods in Negril, Jamaica; Bray, Ireland; Torquay, southern England; Amsterdam; Seville; Lagos, Portugal; Sao Paulo; San Ignacio, Belize; Tangier; Hong Kong; and on the islands of Negros, Mindanao, and Cebu in the Philippines. I rode trains across the Soviet Union and riverboats from the headwaters of the Amazon to the Atlantic and once, buses from Guatemala to New York City.

I've been married to Tessie, a Filipina from Cebu City, Philippines, for more than 25 years. She's a terrific wife. I'm a lucky man. We have a daughter Teresa who speaks fluent Visayan, Tagalog, Spanish and Mandarin Chinese in addition to her native English. My daughter Laura from a previous marriage works as a second assistant director for Hollywood movies and television series.

“Hoyt has a fresh, invigorating style that grabs the reader immediately. He is a master.” The New York Times

“Hoyt is an adroit and zestful writer.” Minneapolis Star-Tribune

“Hoyt is a delight to discover and a treat to read.” Library Journal

“Hoyt has a clean, clear style and is adept at mixing the mundane and the insane.” Mystery News